You are here: Home / Blog / The Different Negotiation Styles in Divorce

A recurring debate is whether better outcomes are obtained by tough negotiators who push for what they want at the expense of others, or by compassionate negotiators who focus on what’s important to others.  This debate about what constitutes better negotiation features prominently in the current U.S.  Presidential election.  It also occurs in claims made by different divorce lawyers.

The debate is usually based on personal opinion and anecdote.  Who’s correct?

As it happens, negotiation has been (and continues to be) the subject of scientific research, which now provides a good answer.  Researchers from the University of Amsterdam and Carnegie-Mellon University performed an analysis of 28 research studies, each of which gave data and drew conclusions from observations of multiple negotiations.  This meta-analysis reveals:

The most problem-solving happens when negotiators have high concern about the other party, but only when they can hold onto what’s important to themselves (what the researchers call a “high resistance to yielding”). In other words, the problem-solving thought process is most effective when the interests of all are considered and negotiators do not capitulate on what’s important to them.  These negotiators consistently had the best substantive outcomes.

When negotiators have high concern about the other party but are overly accommodating (a “low resistance to yielding”), they end up with worse outcomes.  In other words, giving up what’s important creates a bad result.  Perhaps counter-intuitively, and almost certainly contrary to the desire of the accommodator, the research shows that accommodating also increases the level of contention in negotiations.

For divorce negotiations, this research has profound implications.

Third, those advantages disappear when integrative negotiation is not skillfully done.  An integrative style offers advantage only when the negotiation can emphasize both a focus on the relationship and maintain a high resistance to yielding.  When a party is too accommodating, the problem-solving is impeded and the result is no better than distributive negotiation.  When a party is conflict-avoidant, problem-solving is likewise impeded.

Fourth, for most divorce clients qualified professional assistance will be needed to work in the “Goldilocks Zone” described above.  For most, unless kept on track, the combination of strong emotions (such as fear and shame), an impaired ability to communicate effectively, and the sense of disempowerment can conspire to pull divorce clients to be too accommodating or to engage in distributive negotiation tactics.  Additionally, many clients may lack awareness of what’s required for integrative negotiation.

Fifth, to be helpful to their clients, Collaborative Divorce professionals and mediators must develop the skills and insights to overcome their own subconscious tendencies towards being adversarial, avoidant, or overly accommodating in negotiations.  Integrative negotiation skills are rarely taught and developed in law school or in legal practice.  Without conscious and deliberate effort to develop and maintain those skills, lawyers may not have the proficiency necessary to consistently guide their clients into the Goldilocks Zone.

The research that is the subject of this article is: De Dreu, Weingart, and Kwon: Influence of Social Motives on Integrative Negotiation: A Meta-Analytic Review and Test of Two Theories, J.  of Personality and Social Psych., Vol. 78, No. 5, p. 889 (2000). One caution: the research answers what can be typically expected over many negotiations; in other words, they are probabilities.  When taken individually, the conclusions won’t always hold. 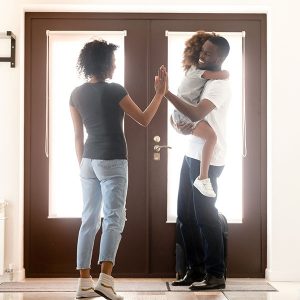 Ready to envision a collaborative divorce?